Those who know me know that I have a bit of an obsession when it comes to coffee. At work, people recognize me as the guy who comes in every morning, weighs out and grinds his beans, and meticulously prepares a cup of coffee using a Hario V60. Last summer, when I was an intern at Facebook’s Seattle office (which has its fair share of coffee geeks), I spent an incredible amount of time in the 7th floor “coffee lab”1 pulling shots on the La Marzocco espresso machine, and marveling at the office’s cold brew tower. Since then, it’s become a hobby of mine to seek out and try different kinds of coffee, and to experiment with lots of different brewing methods. 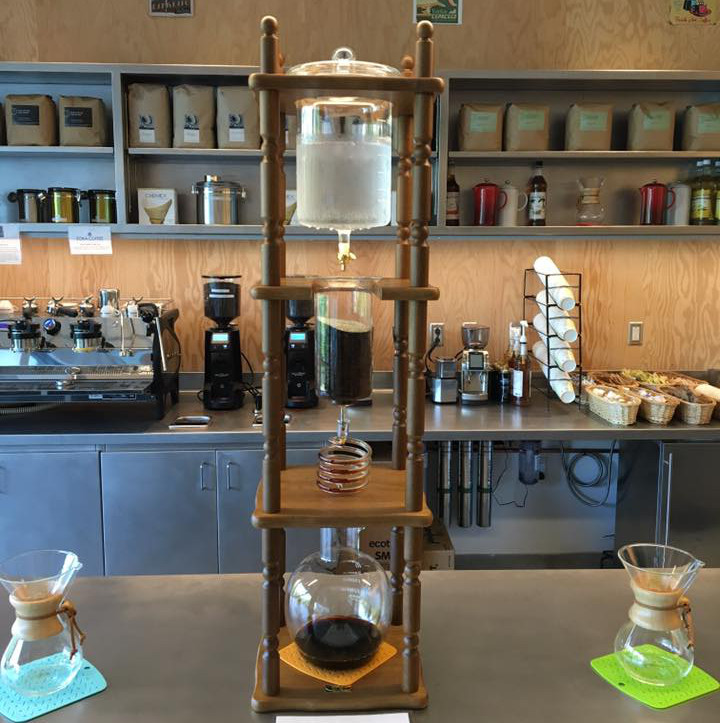 And yet, until recently, I’ve never tried using a French press, one of the very standard methods of brewing coffee. My reasoning for holding off from getting a French press was that the grinder I had been using for the past year, a Hario Skerton, produced way too many fine particles at the coarse grind setting that French press requires. However, I recently upgraded my grinder to a Lido 3, which is considered one of the best manual grinders that you can get at its price point.

To break in my new grinder, I picked up a bag of beans from a local coffee roaster. I ended up going with Sightglass, a well-known coffee shop and roaster in San Francisco. Specifically, I purchased a bag of Buena Vista, Euclides Rodriguez, from Colombia. The roaster’s website lists this coffee as both “chocolaty and deep”, and “fruited and bright”.

Concord grape and blueberry are met by rich caramel and a silky body, with notes of roasted cacao nib in the finish.

This is the first time we’ve worked with producer Euclides Rodriguez. His farm, Buena Vista, is located in Rio Blanco, just one village away from Maximino Gutierrez of Florestales. Tolima is one of our favorite coffee- producing regions of Colombia, due to its diverse microclimate which allows farmers to harvest almost year round. This coffee is a 100% Caturra microlot, and one we are excited to have on our shelves.

Here is the recipe that I used: 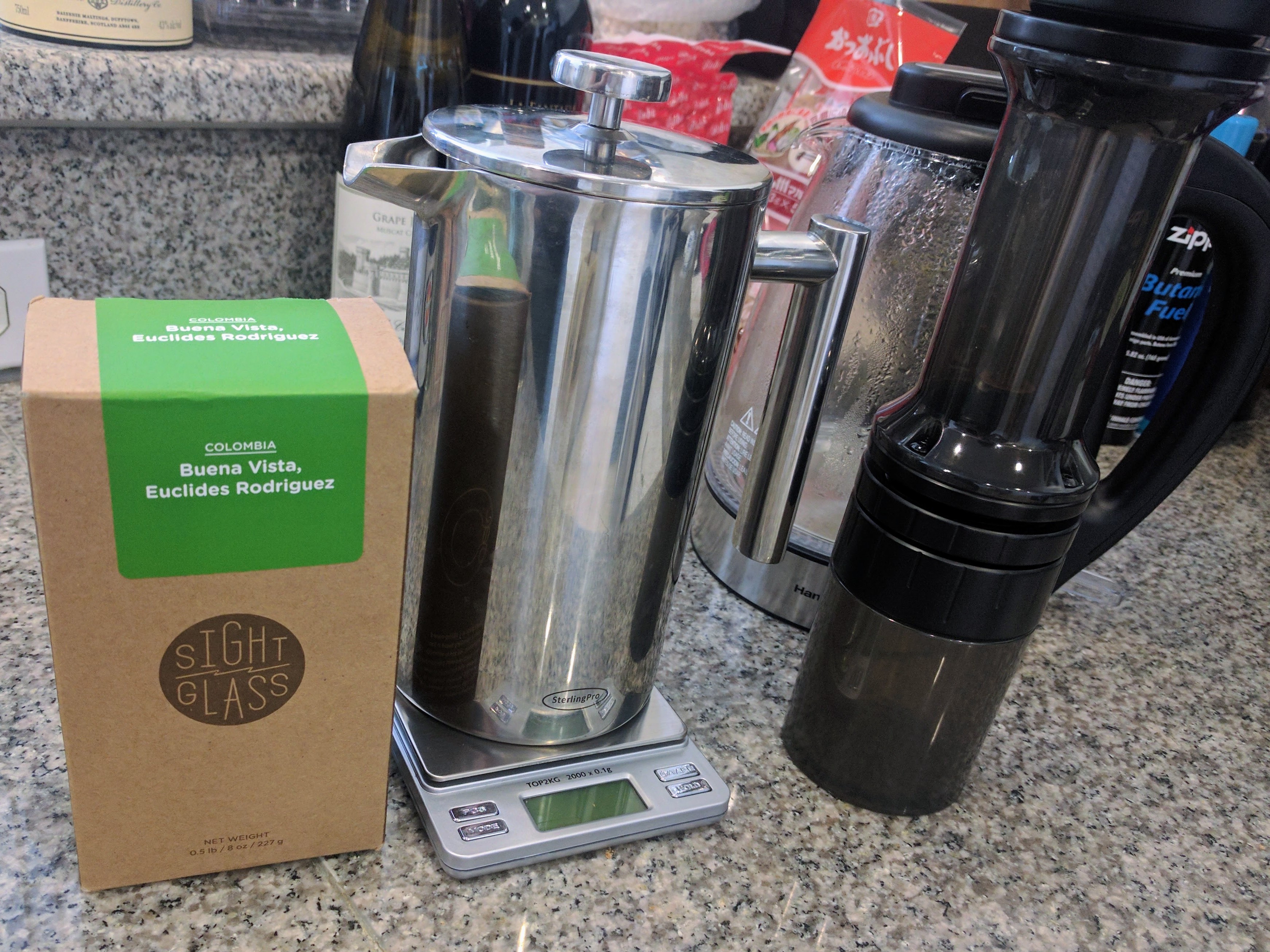 I’m not an expert when it comes to coffee tasting, but I am learning, so here’s my evaluation of the cup that I brewed this morning.

Before I took my first sip, I expected it to be a very full-bodied cup, heavy on the deep chocolate flavours. This was just an expectation that I had formed based on other people’s descriptions of French press coffee. In reality, the first sip was a bit underwhelming, with no real distinct flavours coming through.

As the coffee cooled down though, the flavours in the cup started to become more pronounced. However, these flavours weren’t the chocolaty notes that I had expected. Instead, the French press brought a lot of the coffee’s bright, fruity, and citrusy flavours to the forefront. The most prominent fruit flavour that I noticed was lemon, with some grape, and maybe a little bit of blueberry in the background. However, for me there was no discernible caramel or cacao taste. In terms of body, the coffee was not as thick or as heavy as I expected, either. There was a noticeable amount of sediment from the metal filter, but that settled at the bottom of the cup by the time it had cooled down.

Normally, I’m not a huge fan of citrusy or acidic coffees, but I actually enjoyed this one quite a bit. I’ve found that, sometimes, the acidity in some coffees can be so overwhelming that an underextracted cup of coffee is hard to distinguish from one that was brewed properly. However, this one was quite nice, and the acidity was not at all overpowering.

After thinking about it, I realized that this actually makes a lot of sense. Since I used a coarser grind, it would take longer for the caramel and chocolate flavours to be extracted, whereas acids, and brighter, fruitier flavours are among the first to get extracted.

Also, since I’ve never used such a long brew time before (not counting an experiment with cold brew from long ago), I’d be interested to see how the change in water temperature over time affects the brewing process. The French press that I’m using is stainless steel, so next time I may try preheating the French press, and see if that helps it to retain its heat as the coffee brews.

Over the next while, I hope to try out different coffees using a French press, and experiment with adjusting some of the brew parameters. Until then, I’ll enjoy another cup of Buena Vista.